What Got Me Into Web Development - Jackie Rubly

We all got that story, that same career “What got me into FILL IN BLANK HERE” kind of story. Here is my full background in web design & development. I warn you, it’s going to be a long post.

Did you know I had all in all 15+ years in design experience? I’ve been doing this since I was 16 years old.

I would often spend my times at high school teaching myself CSS & basic HTML. I would grab a basic HTML book from our library and go to town. Back in 2004, I owned both a LiveJournal & DeadJournal so I would often work on my designing skills using basic HTML and CSS. For someone who was only 16 years old, I was pretty awesome. I really had no real friends in high school and spent many of those hours behind a computer screen working on learning more HTML/CSS and playing around with GIMP to create web friendly graphics. Oh … those poor times.

In 2006, Matt finally got my Adobe Photoshop and I began designing some graphics in my free time. I would spend my free time working on my MySpace page making it super pretty and perfect. I had a real knack in design, but there was no real degrees in web/graphic design back then, so it never felt like it would go past hobby status. If you wanted a future in design, the only real path you had to choose was those super pricey colleges that offer “Art & Multimedia” degrees. Did I have 100,000 to spend on college? Most certainly not.

While working for the daycare facility in 2006, I would often spend my free time making brochures and flyers for the facility. I created basic flyers and didn’t really get into web design too much. Back in 2006, I would say that 80% of businesses didn’t own a website. They were too pricey. My employer offered live streaming video to parents in 2006-2008 so as you can imagine, she had to shell out thousands to a web developer that knew how to hook up live data to a website. (TRUST ME, IT ISN’T EASY). In 2019, it still isn’t easy.

Fast forward to 2009, I had just got let go from my job after being there 3+ years. The economy hit hard in 2008 that caused a wave of job losses and the daycare closed down which resulted 20+ out of work in my local town.

After going through a rough patch in the summer of 2009, I really wanted to figure out what my next move was. I had no college degree and not many skills that were very valuable. I ended up getting a job at another daycare facility, but she closed down shortly after that same year. Finding work in childcare in 2009 was trying to find a needle in a haystack. When parents lost their jobs with the recession, no one could afford daycare anymore.

It wasn’t until the Fall of 2009 I had a real breakthrough. I just didn’t know it was coming. I ended up getting a job as a receptionist at the Auburn Children’s Dance Theater. The job was very part time at 15 hours a week and was probably one of the most lax jobs I’d ever done.

The owner wanted me to start working on her online presence so she could reach more potential clients. I started to do some research into how to create a website for a dance studio and everything took off so fast.

The owner had showed me a couple websites which she absolutely loved and wanted me to replicate that. I only had real experience creating websites with basic HTML so this was a new concept to me. I scrolled to the footer to find they were created with WordPress. “WHAT’S WORDPRESS?” I asked myself. Oh, much more than you can ever know my dear.

I was in way over my head. Creating a website using the WordPress framework isn’t easy as pie. It’s not for a beginner. It isn’t a drag & drop kind of thing either. I went home and started to play around with WordPress myself designing what I could when I had free time.

I spent 2010-2012 designing & maintaining about 10 blogs on the WordPress framework. I became a mom blogger and would often do freelance designs for a ton of mom bloggers who were converting from Blogger to WordPress. For my personal websites that I would create, I would often design, re-design and re-design the re-design. I just couldn’t stop designing and learning new tricks. I got my hands dirty and was ready to play with WordPress.

I will be honest, back then I SUCKED. I literally had no real talent and had no real PHP coding skills. I would often break code, mess up CSS and add bad plugins which would result in the lovely white page of death. If you get the white page of death, don’t fret. All newbies make this mistake one time or another during their career.

It took me years upon years of studying, designing and learning to become the web designer that I am today. I wish I could tell anyone seeking web development that it’s good paying work and it comes easy, but honestly it really doesn’t easy as one may think. Fast forward to 2019, I am still learning new CSS tricks and really don’t know everything just yet. Heck, in 2018 at my eCommerce job, I didn’t know how to fully use anchor tags in pages. Talk about hilarious. These kind of things do happen though and it’s always best to soak in new knowledge constantly rather than staying stagnant in your career. This is especially true with web development. There’s new emerging technologies coming out on a weekly basis that I don’t know about..

I’m stubborn and I stick to my WordPress. 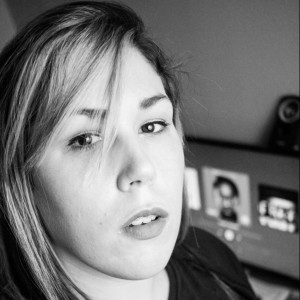 Buy Me Coffee... Or Whatever

Welcome! This is just a personal blog, feel free to browse about.

Sure Tell Me More